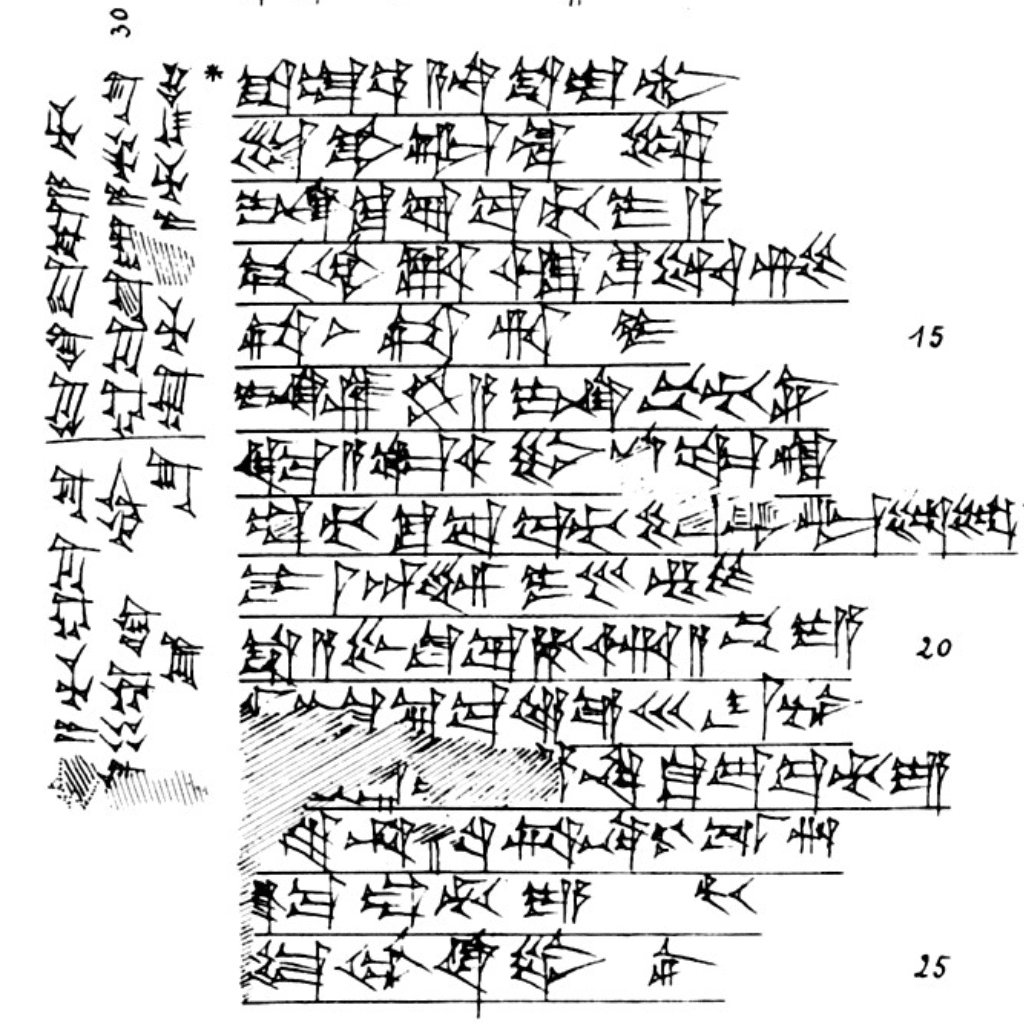 Here’s one of my favorite cuneiform letters translated to English. It’s a letter written by a boy who was away at boarding school to his mother. He’s angry that his mom isn’t sending him fashionable new clothes even though his family can afford them. I call this letter: “When you’re away at school and your mother doesn’t love you.” 😀 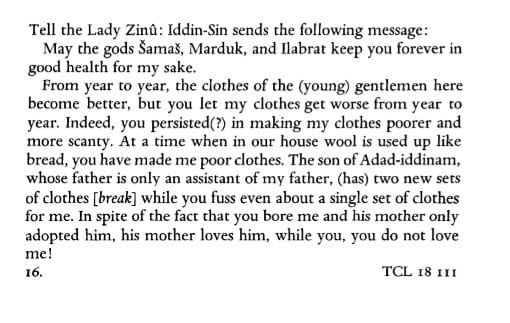 What makes the letter even worse/funnier is that the boy’s mother wasn’t literate. The messenger would have had to read the letter to the poor woman. Hence the “Tell the Lady Zinû” instead of “Dear, mom.”