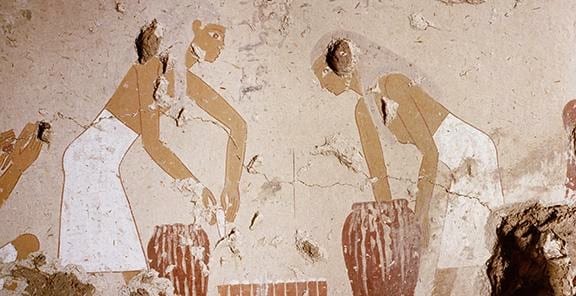 A painting detail in the tomb of Senet showing bread making.

Over the past few years, I’ve experimented with growing different “heirloom” wheat varieties that have come down to us through the ages from antiquity largely unchanged. 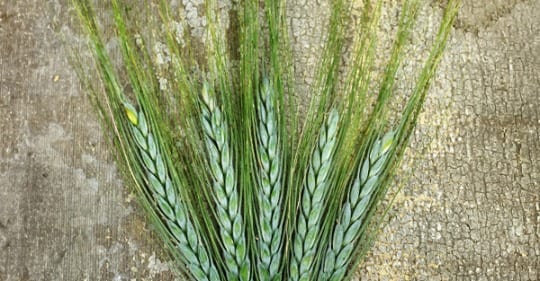 I’ve experimented with growing five different species of the 360 varieties of ancient wheat found growing in Armenia, Georgia, and the Caucasus.

As I recently shared with my students, some of these varieties have been successful, and some have resulted in exactly 3 sprigs a very modest amount of wheat at harvest.

The Emmer wheat cultivated today is virtually identical to examples of the grain that have been recovered from archaeological digs in the Middle East. As a matter of fact, wheat, barley, rye, oat, pea, melon, water-melon, mulberry, nuts, apricot, grapes, pomegranate, and quince (amongst many other things) have been cultivated in Armenia & Georgia since the most ancient times. 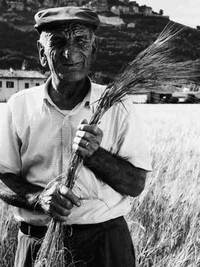 Emmer (T. turgidum) is known as “Pharoah’s Wheat” because it is known to have been cultivated in Ancient Egypt. Today, the Egyptian word for bread “aish” means life, which is how Egyptians have perceived bread since ancient times. Once widely cultivated in the ancient world, emmer is now a relict crop in marginal mountainous regions of Europe and Asia. It is higher in fiber than modern wheat and is known for its resistance to disease and its ability to grow well in nutrient-poor soil. It is used for making bread and beer, but it is reported to make very poor pasta. Some people report that sourdough bread made from emmer wheat can be consumed by people with gluten sensitivities. It’s a variety available from Baker Creek, should you feel inclined to grow some in your backyard. 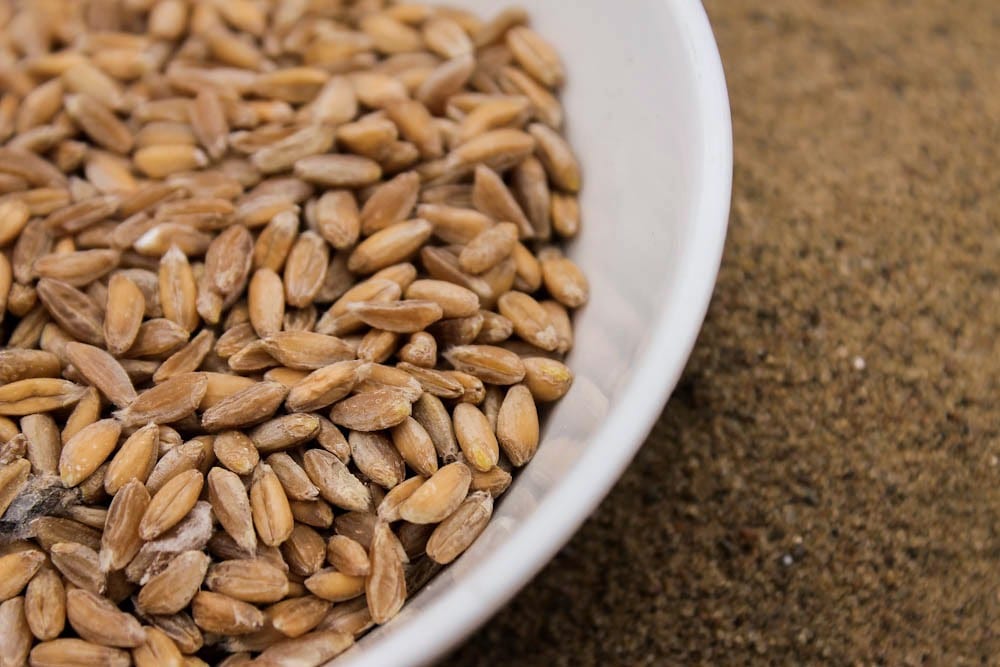 Einkorn (T. monococcum): Einkorn wheat commonly grows wild in the hill country in the northern part of the Fertile Crescent and Anatolia although it has a wider distribution reaching into the Balkans and down to the Dead Sea. Einkorn is considered to be exceedingly nutritious, being higher in protein, potassium, and phosphorous than modern red wheat. It is an excellent wheat for bulgur and bread, but only sourdough bread. This is okay, as not only is sourdough bread delicious, but it also gives us the advantage of having more fermented foods in our diet. The Einkorn cookbook by Carla Bartolucci is excellent if you’re interested in such things. It is filled with recipes and has tons of info on einkorn and how to cook with it successfully should you be interested in doing so.

If you’re interested in growing (or, like me, attempting to grow) heirloom varieties of wheat on a small scale, I highly recommend the book “Small-scale Grain Raising” by Gene Logsdon, but be sure to get the second edition, not the one from the ’70s. It’s been updated with new info and more grains like quinoa.