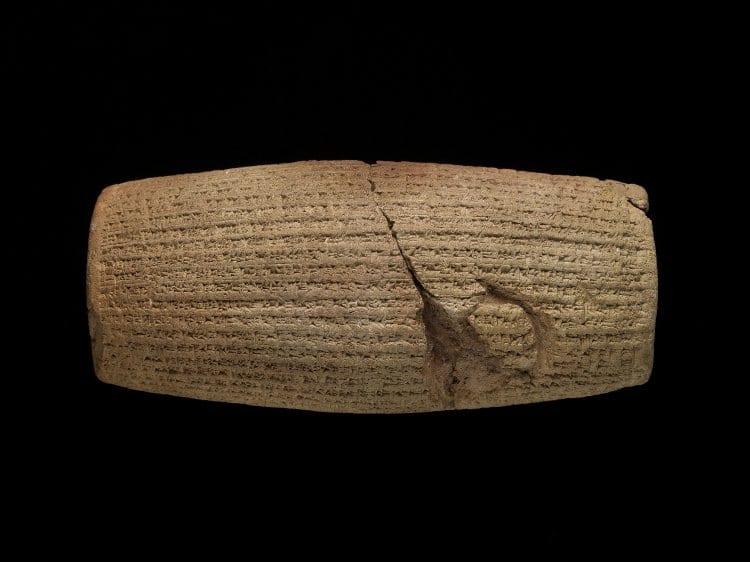 Cyrus the Great (Khūraš) was known for his humane treatment of conquered subjects. He also wrote the world’s first declaration of human rights. The (incomplete) inscription on the Cyrus cylinder starts by describing the criminal deeds of the Babylonian king Nabonidus:
“He did yet more evil to his city every day; … his people ………., he brought ruin on them all by a yoke without relief.”

It goes on to explain how Cyrus established peace and abolished forced labor:
“The people of Babylon . . . the shameful yoke was removed from them”
The Achaemenid Persians did not have slavery like their Greek neighbors that we so often glorify today. (I’m looking at you, Sparta and Athens.)

The Iranians regard Cyrus as “The Father”; Babylonians as “The Liberator”, Hellenes (Greeks) as ‘Law-Giver’; and the Jews as ‘The Messiah” and “Anointed of the Lord”.