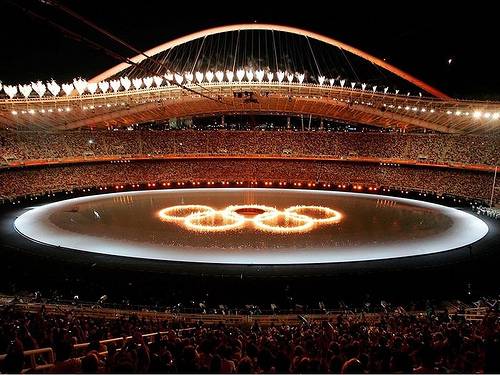 Organizers founded the modern Olympic Games in 1896, and they hadn’t quite got the hang of things by 1904. That year included “Anthropology Days,” in which indigenous people from around the world were borrowed from the World’s Fair to compete against white men in various events, including mud fighting, greased-pole climbing, and rock and spear throwing.

This was so embarrassing that the Olympic committee held “intercalated” games just two years later, in Athens, to help everyone forget about it.