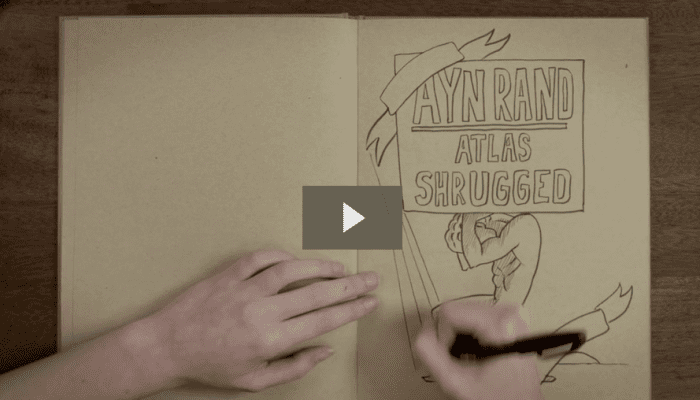 You know how some authors tuck their messages away in subtle narrative layers, inviting you to tease them out through careful analysis? Well, Ayn Rand isn’t one of those authors. In Atlas Shrugged, her 1957 magnum opus, Rand thrusts her philosophy to the foreground, leaving no question as to where she stands on social values.

Having witnessed the Communist conquest that shook her native Russia, Rand had quite a bit to say about the merits of capitalism, freedom, and self-interest. Though she had already begun to outline her social theory in her previous novel, The Fountainhead, it was Atlas Shrugged that—through heavy symbolism and even explicit speeches—solidified the divisive ideology she called Objectivism.

Particularly in the wake of Paul Ryan’s now-famous endorsement, it seems like everyone has something to say about this controversial manifesto. Love it or hate it, Atlas Shrugged is likely to remain a staple of dinner party conversation for years to come. Don’t miss out on the fun—check out this TL;DR video and bring your own opinion to the table.