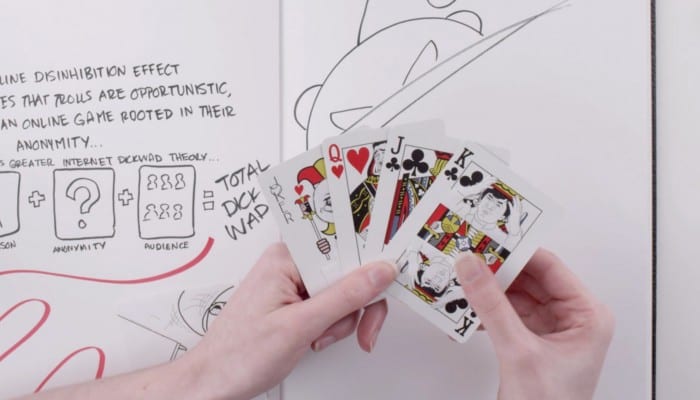 We all behave differently when alone. Anonymity frees us from a perceived obligation to act in accordance with certain social norms. For example, most people refrain from picking their nose in public, but dig with abandon when alone. This isn’t revelatory – fear of judgment is a powerful motivator and is well documented by psychologists.1 So, while most of our anonymous behavior is relatively benign, what happens when it isn’t?

In 1981, Leon Mann published a study documenting the phenomenon of suicide baiting.2 Studying the circumstances surrounding 21 public suicide attempts, Mann observed that in 10 cases victims were jeered and baited to, “jump!” He identified several contributing factors to this anti-social behavior including membership in a large crowd, the cover of night, and relative distance from the victim – all hallmarks of anonymity. The irony here is that while a focused set of watchful eyes keeps us in check, the distracted eyes of many don’t.

Anonymity makes all the difference, and unfortunately, this frees some to partake in some pretty egregious behavior. This is particularly true online. We’re 20 years into the experiment of the World Wide Web, and we can clearly see how Internet anonymity plays out across social media, chat rooms, and comment sections. Usually just a nuisance, anonymous troublemakers, known as trolls, can be dangerous when they go after the vulnerable. In an effort to better understand what makes them tick, psychologists are starting to take a closer look at the psychology of the Internet troll.