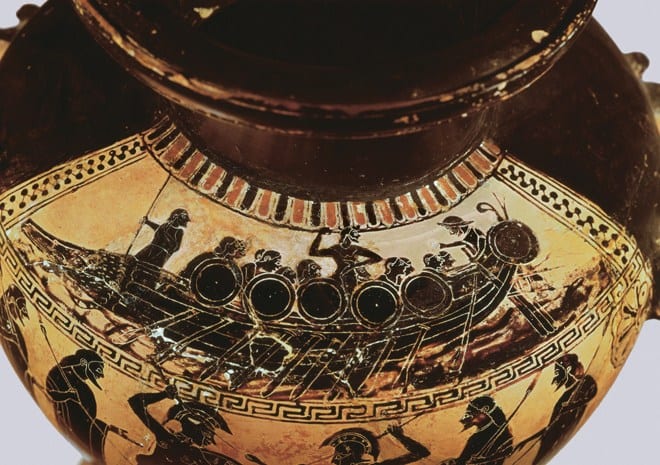 “A person of learning always has wealth on their own.”

Simonides, who wrote exceptional lyric poems,
Thanks to this lived more easily with poverty
He began to go around Asia’s noble cities
Singing the praise of victors for a set price.

Once he had done this to make a wealthier life
He planned to make a seaward journey home.
For it was on Ceos people claim he was born.
He climbed aboard a ship which an awful storm
And its advanced age caused to break apart in the sea.

Some grabbed their money-belts, others their valuable things,
Safeguards for their life. A rather curious man asked
“Simonides, you are saving none of your riches?”
He responded, “Everything that is mine is with me”

Few swam free, because most died weighed down by a drowning burden.
Then thieves arrived and seized whatever each man carried.
They left them naked. By chance, Clazomenae, that ancient city,
Was nearby. The shipwrecked men went that way.
There lived a man obsessed with the pursuit of poetry
Who had often read the poems of Simonides,
He was his greatest distant admirer.

Once he knew Simonides from his speech alone
He greedily brought him home, and decorated him
With clothes, money, servants. The rest were carrying
Signs asking for food. When Simonides by chance
Would see these men he reported “I said that all my things
Were with me: and you lost everything you took.”