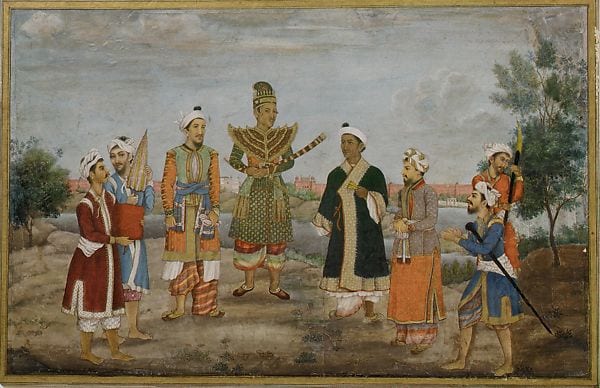 Here is one of the world’s great assemblages of Mughal art and calligraphy. Thirty-nine leaves date from the seventeenth century; the other eleven leaves were created in the early nineteenth century and were bound with the earlier ones, most probably by a Delhi art dealer. The resulting album took its name from Hagop Kevorkian, a noted benefactor of the Metropolitan Museum and of many other cultural institutions, who purchased it in London in 1929. The seventeenth-century leaves include masterpieces of Mughal portraiture, superb natural history studies, and magnificent specimens of calligraphy.

Commissioned by the great emperors Jahangir and Shahjahan, these works were meant for private enjoyment—images to be shared with delight by the imperial family and their close friends. These pictures were created in the imperial ateliers by the greatest artists of the day. In the introduction and in the texts written for each painting, these artists are identified, and the biographical information available for each is given. The influences that molded their works—the Persian and Deccani conventions that were so important in the development of the Mughal style—are discussed, as are the European elements, most notable in the floral borders, which show the impact of herbals brought to India by European missionaries and traders. 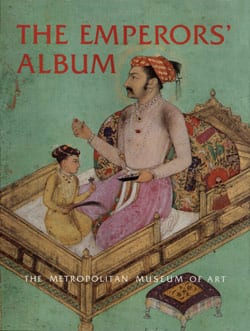