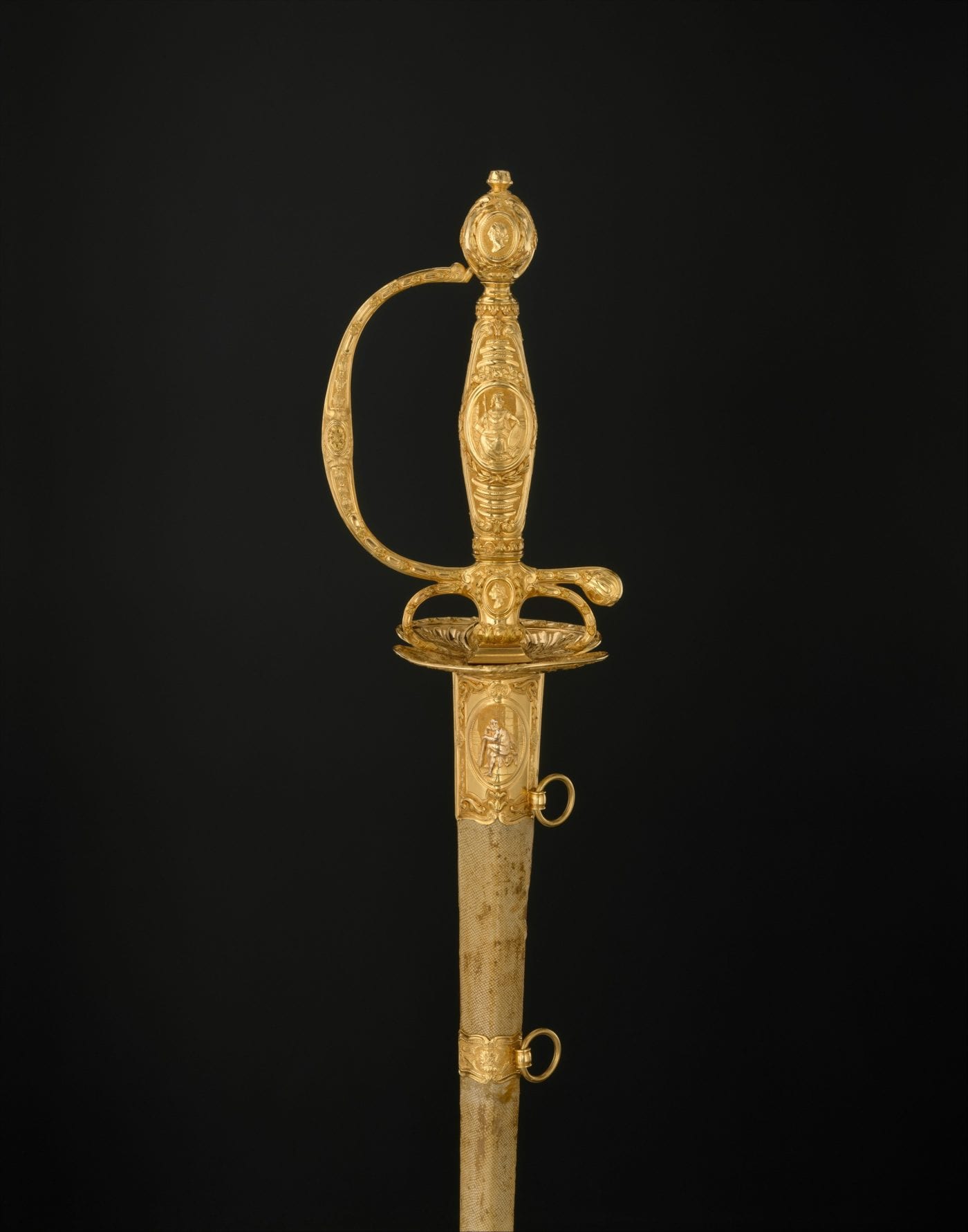 The Academy of the Sword centers on an assemblage of rare illustrated books devoted to the subject of fencing and dueling, drawn (with one exception) from the library of the Arms and Armor Department of The Metropolitan Museum of Art. The title is taken from Girard Thibault’s Académie de l’Éspée (Leiden, 1628), the most lavish fencing book ever produced. Accompanying the books and giving vivid impact to their illustrations are a selection of swords, rapiers, parrying daggers, bucklers, and other accoutrements, which follow the chronology of, and changes in, fighting styles depicted in the books. These weapons were frequently treated not only as sidearms, but also as fashionable costume accessories. The decoration of hilts, scabbards, and belts often exemplifies the prevailing artistic styles of a given period, from Renaissance and Mannerism through Baroque and Rococo to Neoclassical. Hilts were designed by well-known engravers such as Hans Sebald Beham and Virgil Solis, leading goldsmiths including Wenzel Jamnitzer and Luigi Valadier, and major artists from Hans Holbein and Giulio Romano to Jacques Louis David.

Today the term “fencing” calls to mind familiar images of a competitive sport, but in the past, rather than a sporting event, “fencing” referred to practical methods of self-defense. Early books on fencing, prior to about 1800, were concerned with the proper handling of weapons, which was an integral part of the education of European noblemen. Formalized training in the use of arms was also widely practiced by sons of the middle class—burghers, merchants, and craftsmen. This democratization of martial skills was due in part to the dissemination of illustrated fencing books, written by the foremost Masters of Arms—highly regarded professionals who were skilled in the use of weapons.

The earliest book included here is a sixteenth-century manuscript copy of a fifteenth-century treatise, which deals principally with judicial single combat between armored opponents equipped with a variety of weapons. Most fencing books of the sixteenth century are concerned with bouts between unarmored duelists but continue to include the use of several different weapons: sword and rapier used alone or in tandem with a dagger, shield, or even a cloak in the left hand; the use of the two-handed sword, spear, halberd and quarter-staff; and methods of unarmed combat. By the early seventeenth century the rapier, a long, slender thrusting sword, began to dominate as the gentleman’s weapon of choice, and most books of the period become increasingly devoted to the use of the rapier alone or with a left-hand dagger. During the course of the century, as civilian fencing techniques became more specialized and refined, the rapier developed into a light, trimmed-down weapon known by about 1700 as the smallsword. The smallsword, often richly decorated, remained an integral part of a gentleman’s wardrobe until the wearing of swords in civilian settings went out of fashion at the end of the eighteenth century, at which time pistols were replacing swords as the weapons most frequently used in personal duels. During the early nineteenth century swordsmanship progressively diverged between military training and sporting practice, from which modern competitive fencing developed.

Between 1500 and 1800 fencing was known as “the art and science of defense.” The books and weapons included in The Academy of the Sword offer an overview of ways in which fencing was taught and the arms with which it was practiced during these three centuries. 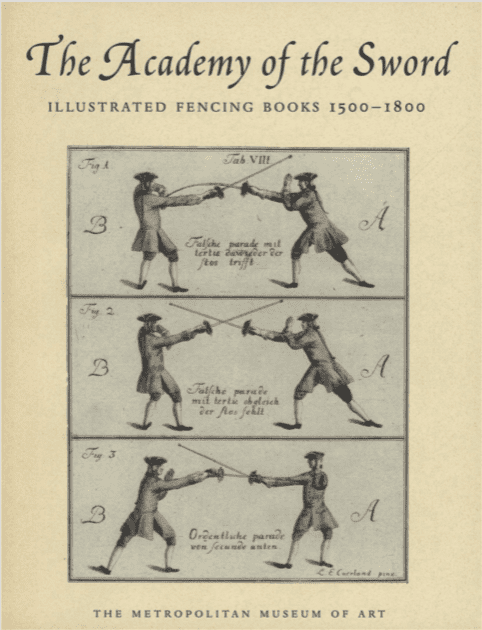 The Academy of the Sword: Illustrated Fencing Books 1500-1800 CEDownload