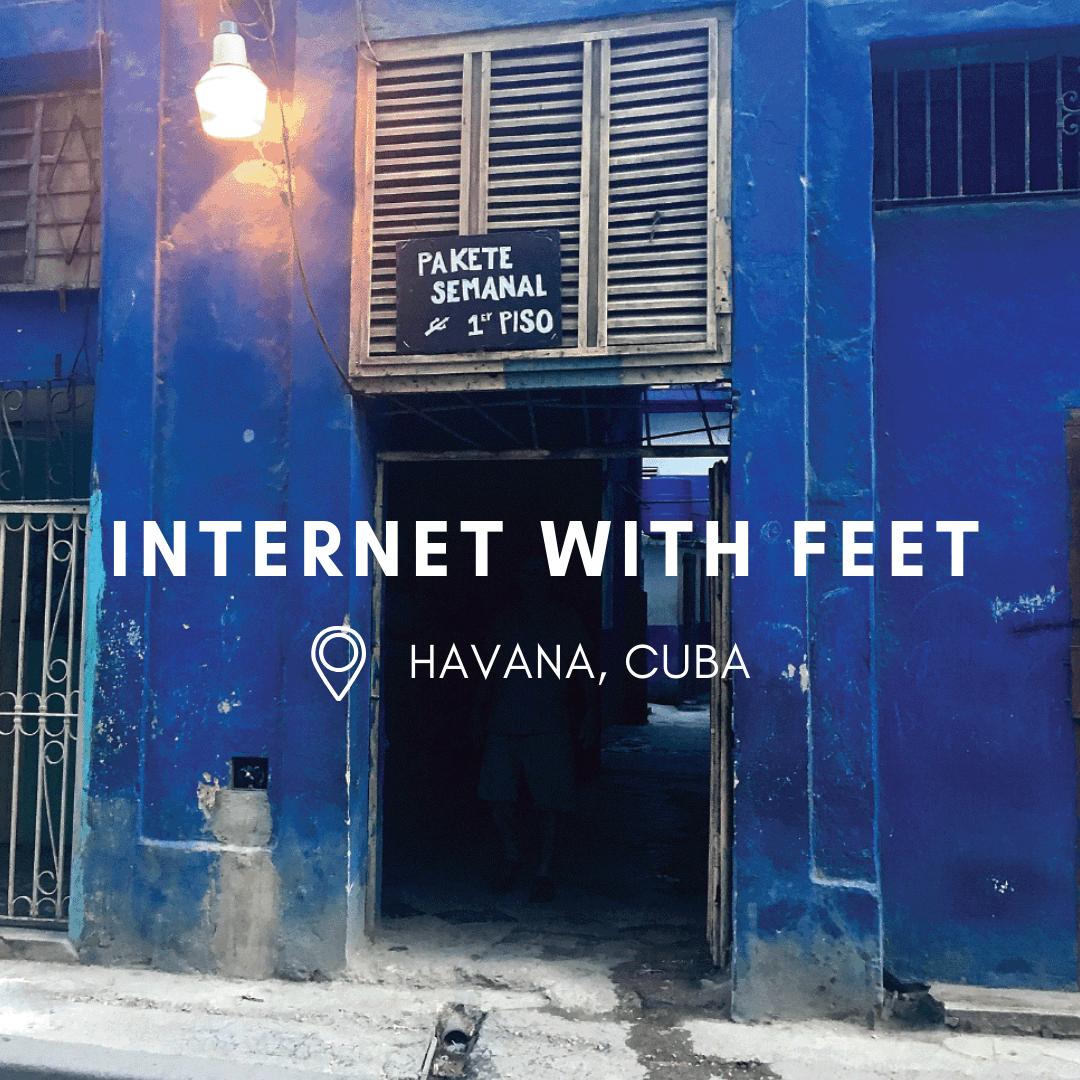 Only 5% of Cubans currently have internet access, but semi-legal information peddlers have figured out how to make internet travel by foot.

Although Cuba has been known for one of the lowest Internet penetration rates in the world, millions of Cubans engage with digital content on a regular basis through an informal, pervasive, offline Internet called El Paquete Semanal (EP), or the Weekly Package.

Every week, more than a terabyte of data is packaged into external hard drives known as el paquete semanal (“the weekly package”). It is the internet distilled down to its purest, most consumable, and least interactive form: its content. This collection of video, song, photo, and text files from the outside world is cobbled together by various media smugglers known as paqueteros, and it travels around the island from person to person, percolating quickly from Havana to the furthest reaches in less than a day and constituting what would be known in techie lingo as a sneaker­net: a network that transmits data via shoe rubber, bus, horseback, or anything else.