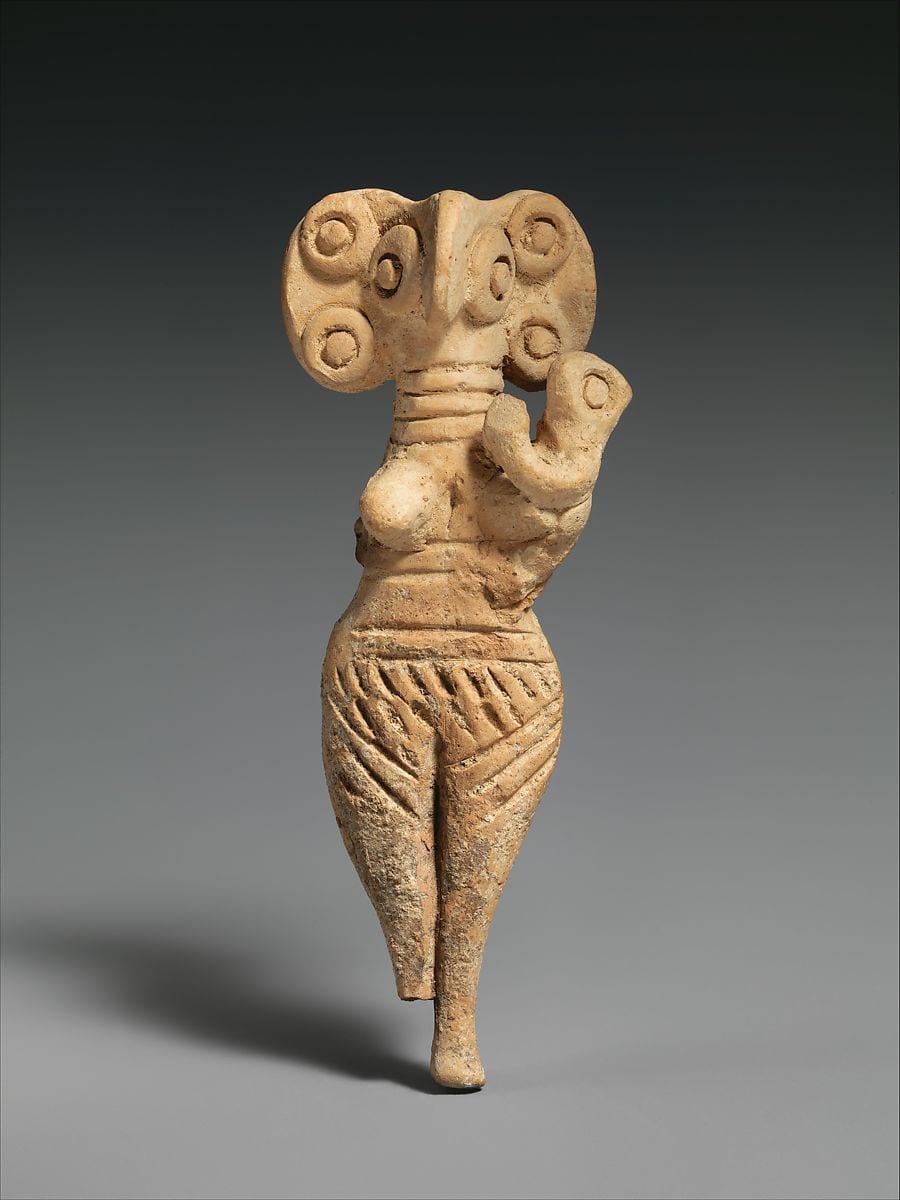 Dating from about 2500 B.C. to about A.D. 300, these works rank among the finest examples of Cypriot art from the prehistoric, Geometric, Archaic, Classical, Hellenistic, and Roman periods. Among the objects are monumental sculpture; weapons, tools, and domestic utensils; vases, lamps, and ritual paraphernalia; dedicatory figurines; engraved sealstones and jewelry; and luxury objects. They represent every major medium worked in antiquity—stone, copper-based metal, clay, faience, glass, gold and silver, ivory, and semiprecious stones. These pieces testify to the quintessentially Cypriot amalgam of indigenous traditions and elements assimilated from the ancient Assyrians, Egyptians, Persians, Greeks, and Romans who, one after the other, controlled the island. 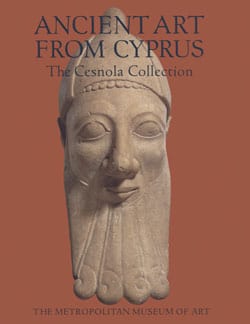