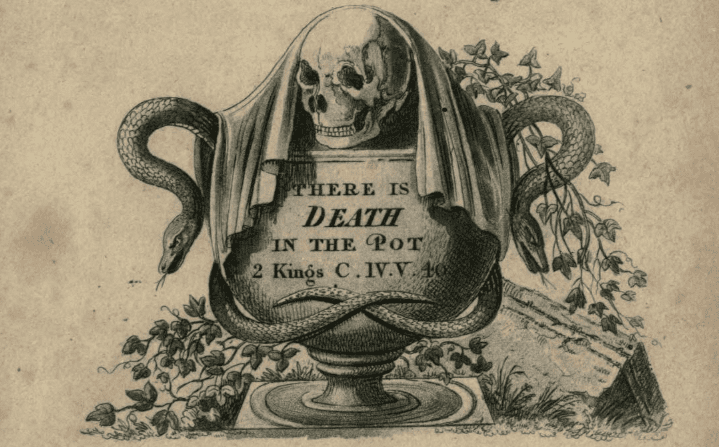 A treatise on adulteration of food, and culinary poisons, exhibiting the fraudulent sophistications of bread, beer, wine, spirituous liquors, tea, oil, pickles, and other articles employed in domestic economy. And methods of detecting them. By Frederick Accum; 1820; Longman, Hurst, Rees, Orme, and Brown in London.

From the 2008 Chinese milk-tainting scandal to last year’s “Horsegate” in the UK, the adulteration of food has been in the news a fair bit recently – but, as this book is testament to, it’s a far from recent phenomenon. This groundbreaking work – written in English by a German scientist named Frederik Accum who lived in London from 1793 to 1821 – marked the beginning of an awareness of need for food safety oversight. Accum was the first person to tackle the subject and to reach a wide audience through his activities. His book, controversial at the time, found a wide audience and sold well – a thousand copies in the first month – and a second edition (featured here) was published in the same year. Although popular, the book threatened established practices within the food processing industry and it earned him many enemies among London food manufactures – not least because Accum took the brave step of mentioning companies by name which had been caught carrying out the nefarious practises he details. Only a year after publication Accum left England after a lawsuit was brought against him, living out the rest of his life as a teacher at an industrial institution in Berlin. (Wikipedia)