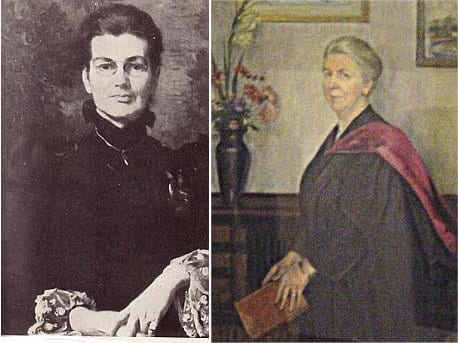 On Aug. 10, 1901, Charlotte Anne Moberly and Eleanor Jourdain were visiting Versailles when they were overcome by a feeling of oppression. They became lost and encountered a number of unusual people, including a man with a scarred face, a fair-haired lady sketching on the grounds, and a group of “very dignified officials, dressed in long greyish-green coats with small three-cornered hats.”

Months later, in researching the history of the Trianon, they came to believe that they had somehow slipped back in time on that day to the 1770s and had there met the Comte de Vaudreuil and Marie Antoinette. Their account, published in 1911 as An Adventure, created a sensation but was ultimately dismissed. Moberly and Jourdain were respected academics, but their book simply offered no compelling evidence for their claim.

Nor have any French historians found a record of two bewildered women appearing at Versailles in the 18th century.

Download “An Adventure, with Appendix and Maps” for free in PDF format here.