CLASS DESCRIPTION
“The Circassian language is an isolate language (spoken by less than 200,000 people in Abkhazia and Abazia in the Northwest Caucasus) that is particularly difficult to learn for non-native speakers. So much so, that during WWII, the Circassian language was used by the Soviet military as a code language for its inscrutability and rarity.

Therefore, it would seem incomprehensible (at face value) as to why the Circassians would ever want to codify their already highly cryptic language. However, the fortune of the Circassian language was not always as dismal as it is today, for, prior to the Russian occupation of Circassia and mass expulsion of its population in the 19th century, the Circassian language had been the dominant language in the Northwest Caucasus.

Through the ages, Circassian nobility devised secret and coded languages for the purpose of keeping the lower castes in the dark as to the affairs of the nobility. Circassian princes & nobles used a secret language of the hunters, Schak’webze (Chakobza), in their hunting expeditions to keep animals, as prey, unaware of the intentions of the hunters. It was believed that, by switching to the cryptic tongue and donning fearsome masks, the senses of the animals would be dulled as to the purpose of the hunters, and thus a plentiful hunt would be assured. 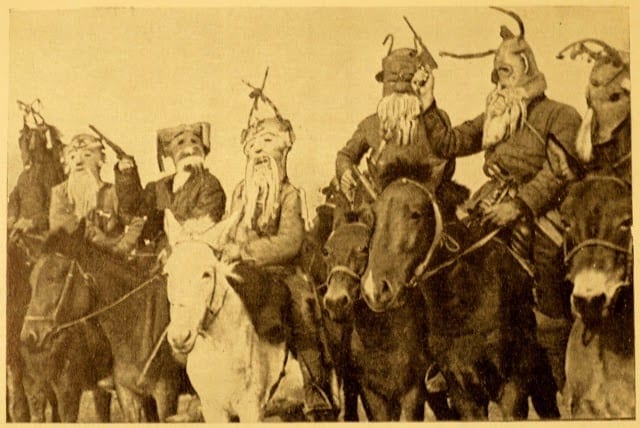 Travelers to Circassia, ever since the account of the famous 17th-century Ottoman traveler Evliya Çelebi of his journey to Circassia in 1666, have informed us that the Circassian princes and nobility spoke languages, and cants (languages peculiar to a specified group) that were not understood by the common masses, but were exclusively used and understood by the nobility.

European travelers were utterly fascinated by this aspect of Circassian culture and folklore, and to learn about the esoteric cant was the motivation of many trips to Circassia. Some posited that, since the upper classes spoke a different language to that of the common masses and were of somewhat larger physical size and slightly different physiognomy, the princes and nobles of Circassia were foreign occupiers of the Circassian commoners and lower castes (e.g. F. Dubois de Montpéreux, 1839, Vol. I, pp. 141-142).” -Amjad Jaimoukha

In this class, we will survey the different types of secret and coded languages that were devised by Circassian nobility and we will compare them to other secret cants, argots, and anti-languages developed around the world.

ENROLLMENT REQUIREMENTS
-Students’ cameras and microphones must be in working order and turned on during the class.

CLASS FORMAT
This class is designed to include lots of interaction and discussion.

[A lot of interaction in classes with more than 6 students can cause students’ computers to freeze and the video call to be dropped. Therefore, the class interaction level will be modified in classes with 6+ students because of the Zoom limitations. Larger classes will be taught in the format of an engaging lecture with moderate interaction.]