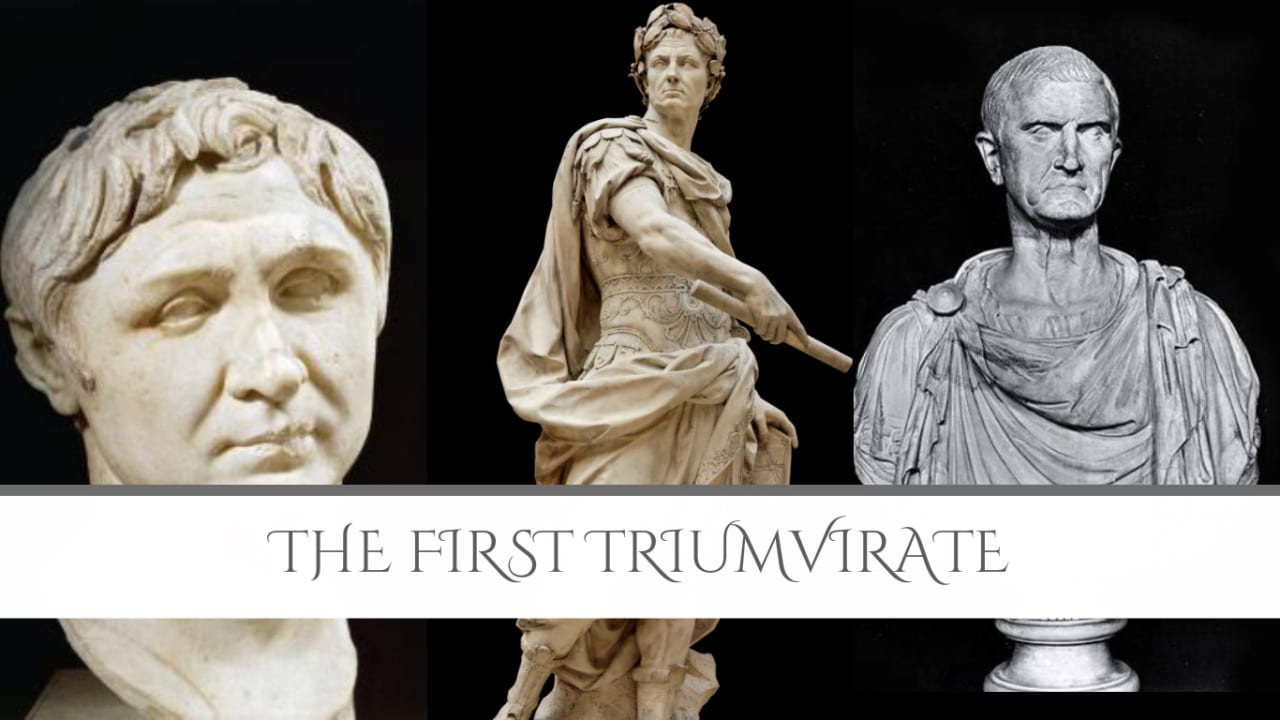 CLASS DESCRIPTION
The last great generation of the Roman Republic emerges from the historical mists. The dynamic between Caesar, Cato, Cicero, Crassus, and Pompey forms the axis around which the rest of this tale revolves.

The Roman historian Titus Livy (59 BCE – 17 CE) described the First Triumvirate as “a conspiracy against the state by its three leading citizens”, and this was exactly what it was. The three conspirators were: Caesar, Crassus, and Pompey.

There is an emphasis on the reading of ancient sources in translation, including Cicero, Sallust, Caesar, Augustus, Appian, Plutarch, and Suetonius.

Ancient Sources Available Online at LacusCurtius: Into the Roman World.

COURSE OBJECTIVES
By the end of the course, students will be able to:
1. Know the primary historical events of the Roman Republic starting in 78 BCE;
2. Critically discuss the strengths and weaknesses of the Roman system;
3. Discuss in detail and with nuance the causes and effects of the change in the Republic’s governance over time;
4. Engage with ancient political theorists like Polybius and Cicero, as well as modern ones, in discussions about the nature of the Republic; and
5. Relate in what ways the Roman system validly anticipates modern political problems.

Articles:
“MHQ SUMMER 1990 VOL: 2 NO: 4. The Battle of Britain: How did The Few Win?” by Williamson Murray
Books:
1. “Alexander to Actium: The Historical Evolution of the Hellenistic Age” Reprint Edition by Peter Green
2. “Plutarch’s Lives Volume 1” by Plutarch
3. “A History of the Ancient World” by Chester G. Starr
4. “The Roman Revolution” Revised Edition by Ronald Syme
5. “Rubicon” by Tom Holland
6. “The Roman Republic” Second Edition by Michael Crawford
7. “The Last Generation of the Roman Republic” by Erich S. Gruen
8. “The Fall of the Roman Republic” (Lancaster Pamphlets in Ancient History) 2nd Edition by David Shotter
9. “Caesar and Christ: A History of Roman Civilization and of Christianity from Their Beginnings to A.D. 325” (Story of Civilization) by Will Durant
10. “Rome, Inc.: The Rise and Fall of the First Multinational Corporation” by Stanley Bing
11. “The Crowd in Rome in the Late Republic” (Thomas Spencer Jerome Lectures) by Fergus Millar
12. ”History of Rome” by Michael Grant
13. “The Civil Wars” by Appian (Author), John Carter (Translator)
14. “The Roman Triumph” by Mary Beard
15. “The Celtic Empire: The First Millennium of Celtic History, 1000BC – AD51” by Peter Berresford Ellis
16. “Classical Bearings” by Green
17. “The Outline of History” by H. G. Wells
18. “The History of the Ancient World: From the Earliest Accounts to the Fall of Rome” by Susan Wise Bauer
19. “Catiline’s War, The Jurgurthine War, Histories” Unabridged by Sallust
20. “Caesar: Life of a Colossus” by Adrian Goldsworthy
21. “Cicero: The Life and Times of Rome’s Greatest Politician”
by Anthony Everitt
22. “Catiline, Clodius and Tiberius” by Edward Spencer Beesly
23. “The Assassination Of Julius Caesar: A People’s History Of Ancient Rome” by Michael Parenti
24. “The Civil War of Caesar” by Julius Caesar (Author), Jane P. Gardner (Translator)
25. “Cleopatra and Antony: Power, Love, and Politics in the Ancient World” by Diana Preston
26. “Cleopatra” by Michael Grant
27. “Caesar’s Gallic Wars 58-50 BC” by K. M. Gilliver
28. “The Twelve Caesars” by Suetonius
29. “The Twelve Caesars” by Suetonius  (Author), Robert Graves (Translator)