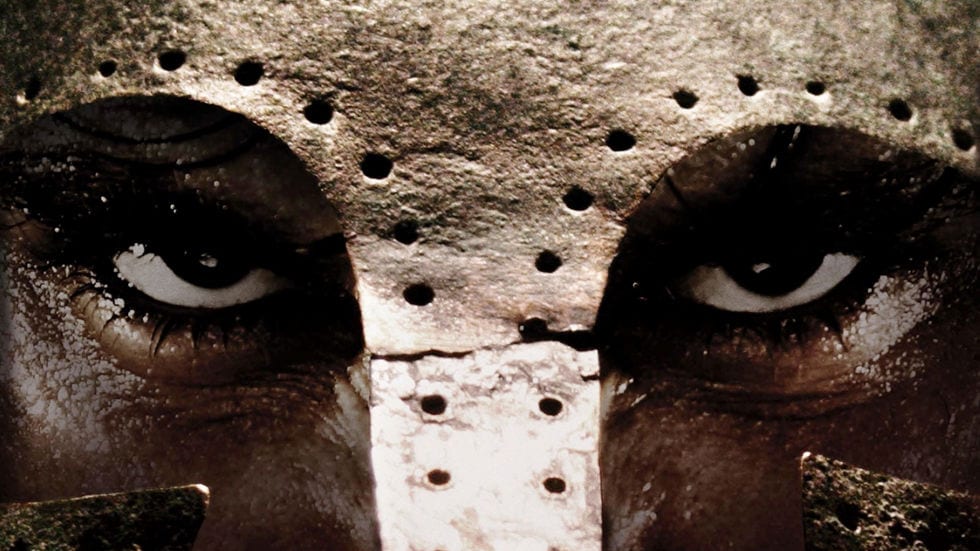 [This is an ongoing class that will continue for 15 weeks. Students are welcome to enroll in the full 15- week series or pick-and-choose the specific classes that suit their interests.]

“A race of men, hitherto unknown, had suddenly descended like a whirlwind from the lofty moun­tains, as if they had risen from some secret recess of the earth, and were ravaging and destroying everything which came their way “
-Ammianus Marcellinus on the Huns

The very word “barbarians” conjures up images of savage warriors, cruel conquerors, and battles marked by ruthless carnage, but no one calls himself a barbarian. That’s what your enemy calls you. For Greeks in the time of Herodotus, in the fifth century B.C.E., a barbarian was simply someone who did not speak Greek and was therefore— obviously— an inferior. And since the word “barbarian” itself may have come from the Sanskrit word for “stammering,” it could mean anyone who speaks unclearly. To be a barbar­ian meant you could not communicate.

In this class, students will explore a compilation of primary sources that presents dozens of striking accounts of the exotic customs and fierce deeds of those considered barbarians by eyewitness writers from throughout history. In this class, we will give voices – and due credits – to the “other,” the “conquered,” the “barbarians,” and the “enemies” who launched epic struggles that would help to shape the future. History textbooks typically focus exclusively on the Greek and Roman Empires. As a counterpoint, in this class, we will learn about the people that the history books forgot to tell us about— head-hunting Scythian warriors, scalp-taking barbarian kings, koumiss-drinking Mongols, Turks, Huns, and Vikings.

Beginning with an excerpt from Strabo’s Geography, we will go from the ancient world of the Scythians— considered barbarians not least because they couldn’t speak Greek— through centuries of bloody warfare between the Romans and various foes: Britons, Germans, Gauls, and Goths of every type.

By the time Attila’s Huns swooped down on Europe in the fifth century, the term “barbarian” had taken on darker overtones. Huns, Vandals, Vikings, and Mongols were seen not only as peoples who held different beliefs and practiced strange customs but as creatures of the devil and, paradoxically, as instruments of God’s wrath. This course culminates with a fascinating reading and discussion on the Crusades, juxtaposing the accounts of a Norman knight and a Syrian soldier— each thinking of the other as the barbarian, the infidel.

This class will have weekly required pre-reading of primary sources for students to prepare for class discussions.

WHY NOT TEACH EUROCENTRIC HISTORY?

The concepts of modernity, progress, and universal history have often been identified and taught in classrooms as inherently Eurocentric. The term “Eurocentrism” denotes a world-view which, implicitly or explicitly, posits European history and values as “normal” and superior to others. Europe used to be just one corner of the world, and a fairly peripheral one in historical terms. Its philosophies, technology etc., drew heavily on the influence of Asia and Africa. But in the colonial era, Europe set itself up as the center of the world and put together an exploitative system in which other areas were treated as its periphery. This legacy still lives on today in the Eurocentric world maps which we hang in our classrooms, and in the public school curriculum of our history classes which teach the rest of the world as nothing more than Europe’s periphery. This class aims to replace the Eurocentric model of history with a broader, more global perspective.

CLASS FORMAT
This class is designed to include lots of discussion. Weekly reading of primary sources will be required each week. PDFs of the required reading will be posted on the classroom wall each week for students to download and read before class.

LEARNER TIME
1 hour per week in class, and an estimated 1-2 hours per week outside of class.

In this class, we will explore firsthand accounts of pillage and conquest, from the ancient world to the Fall of Constantinople.

We will read the works of writers like the first barbarian his­torian, a Goth, whose work has survived (Jordanes), as well as someone who was held captive by Tamerlane (Johann Schiltberger), someone who had dinner with Attila (Priscus), someone who witnessed a Viking funeral (Ibn Fadlan), someone who knew someone who had a conversation with the unhappy spirit of St. Andrew on the road to Jerusalem (Raymond, Canon of Le Puy), and someone—an “Arab-Syrian Gentleman and Warrior”—who survived a duel with a Christian crusader (Usamah ibn-Murshid).

We will also read the works of some writers who might be better compared to untrained folk artists or primitive painters, writers such as the unnamed author of The Secret History of the Mongols, who described a domestic scene outside Genghis Khans tent that ends in a beheading; or the monks of Novgorod in Russia, who wrote of the approaching Mongol horde and the bribes paid to save their city; or the British monks who recorded Viking raids in The Anglo-Saxon Chronicle; or the Welsh Norman who could find nothing to like about the Irish but their music.
We will pick-apart these sources while asking ourselves, “Are these accounts accurate? Can they be relied on? Do they tell the whole story?”

WEEKLY TOPICS
WEEK I  (Oct 9)
BARBARIANS ON THE LANDSCAPE
Strabo, from Geography, 24 C.E.

(NO CLASS ON NOVEMBER 27TH)

WEEK IX  (Dec 11)
THE VANDALS
Edward Gibbon, from The History of the Decline and Fall of the Roman Empire

(NO CLASS ON DECEMBER 25TH)

(NO CLASS ON JANUARY 1ST)

WEEK XI  (Jan 8)
IRELAND
Geraldus Cambrensis, “The Customs of the Irish,” 1185 C.E.
“Bricrius Feast and the War of Words of the Women of Ulster,” from Cuchulain of Muirthemne, 12th Century

WEEK XII  (Jan 15)
GENGHIS KHAN
Juvaini, from The History of the World Conqueror, 1260 C.E.
“Some Incidents During Genghis’s War with the Tatars,” from The Secret History of the Mongols, 13th Century