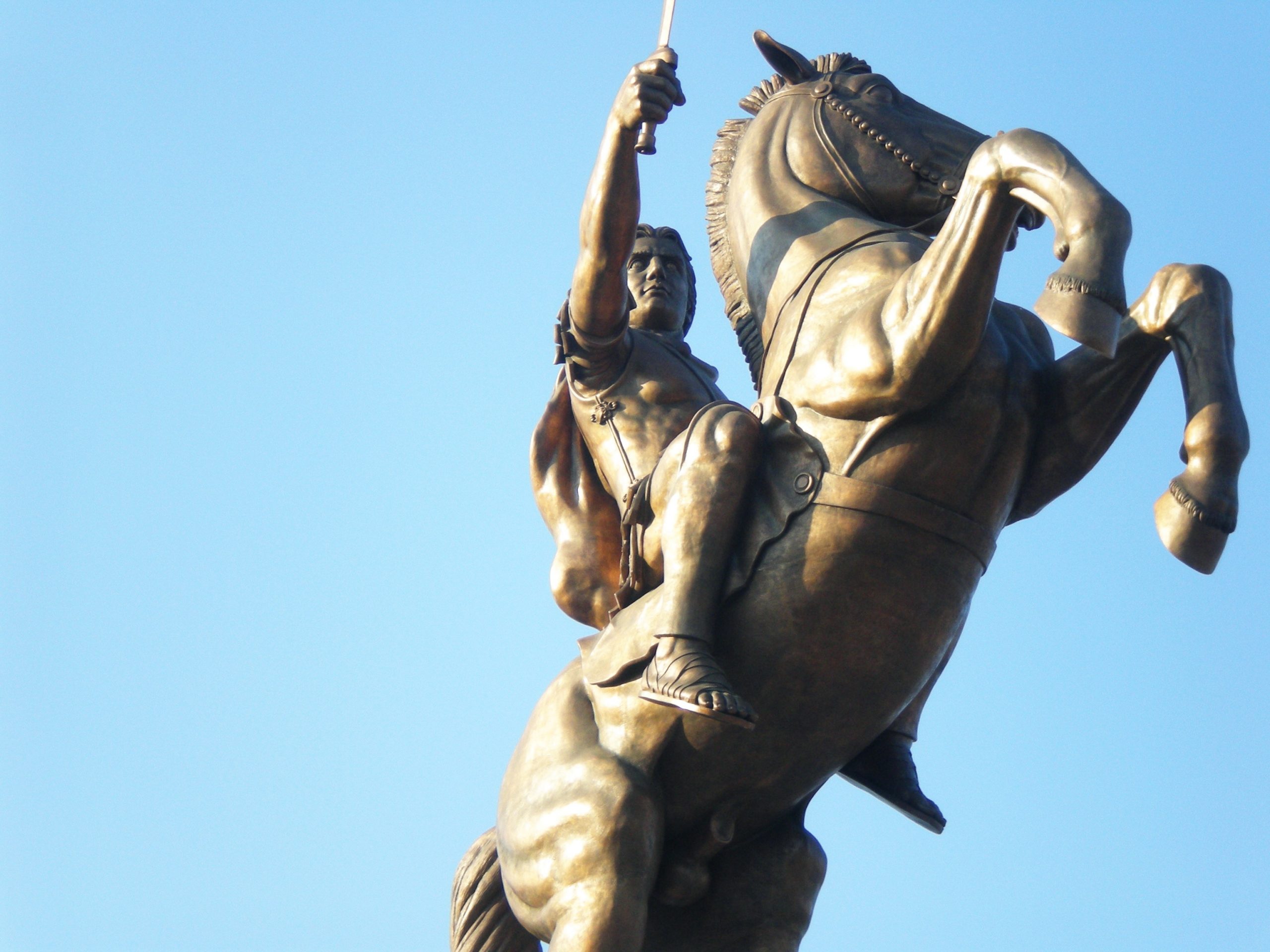 Beginning with the year 323 BCE, this course chronicles the disintegration of Alexander the Great’s empire following his death in Babylon at age thirty-two.

When he was quitting life in Babylon and at his last breath [Alexander] was asked by his friend to whom he was leaving the kingdom, he said, “To the best man; for I foresee that a great combat of my friends will be my funeral games.”
(Diodorus XVIII.1)

When Alexander the Great bequeathed his empire “to the strongest” (or so legend has it) he set off a funeral contest that shook the world for decades. Murder, marriage, intrigue, and drama all feature prominently in the story.

The Diadochi (Successors) were no mere plunderers, however. Alexander had left things in great disarray at the time of his death, with no guaranteed succession, no administration in place suitable for such a large realm, and huge untamed areas both bordering and within his empire. It was the Successors– the battle-tested companions of Alexander such as Ptolemy, Perdiccas, Seleucus, and Antigonus the One-Eyed– who consolidated Alexander’s gains. Their competing ambitions eventually leading to the break-up of the empire.

This period of brutal, cynical warfare was also characterized by brilliant cultural achievements, especially in the fields of philosophy, literature, and art. A new world emerged from the dust and haze of battle, and, in addition to chronicling political and military events, this course provides ample discussion of the amazing cultural flowering of the early Hellenistic Age.

To tell the history in full, this class will draw upon a wide range of historical materials, offering the first pre-college course that makes complete sense of this highly complex period. Students will develop their critical thinking skills as they engage a wide variety of primary sources that offer valuable insights into this history on the cusp between eastern and western civilization and the Greek and Roman worlds.

CLASS FORMAT
This class is taught in a cliffhanger storytelling style designed to increase effective observation and critical thinking skills and to encourage lots of learner interaction. We encourage rigorous (but not ad hominem) discourse, questioning textbooks and teachers alike, and tirelessly trying to improve what we do. We believe in creating a truly welcoming space, where learners can come together with understanding, dignity, and compassion, and where diverse backgrounds and life experiences are embraced.

PRIMARY SOURCES
Most of our information about these conflicts is preserved in Books 18 to 20 of the Library of History by Diodorus Siculus, a universal history written in the last century of the Roman republic; Diodorus is not normally regarded as a very reliable source, but for much of this period immediately after Alexander’s death he was drawing on a contemporary writer of the highest quality, Hieronymus of Cardia, who was connected both to Eumenes (former secretary to Alexander) and Antigonus. There are limited fragments, preserved in Byzantine summaries, of the second‐century CE history Events after Alexander written by Lucius Flavius Arrianus (Arrian), and a brief narrative in Books 13–17 of the summary of Pompeius Trogus’ universal history made by Justin, perhaps in the late second-century CE. Additional information is provided by the Roman biographers Nepos (Eumenes) and Plutarch (Lives of Eumenes and Demetrius), and in the Stratagems of Polyaenus, a second‐century CE Macedonian writer.