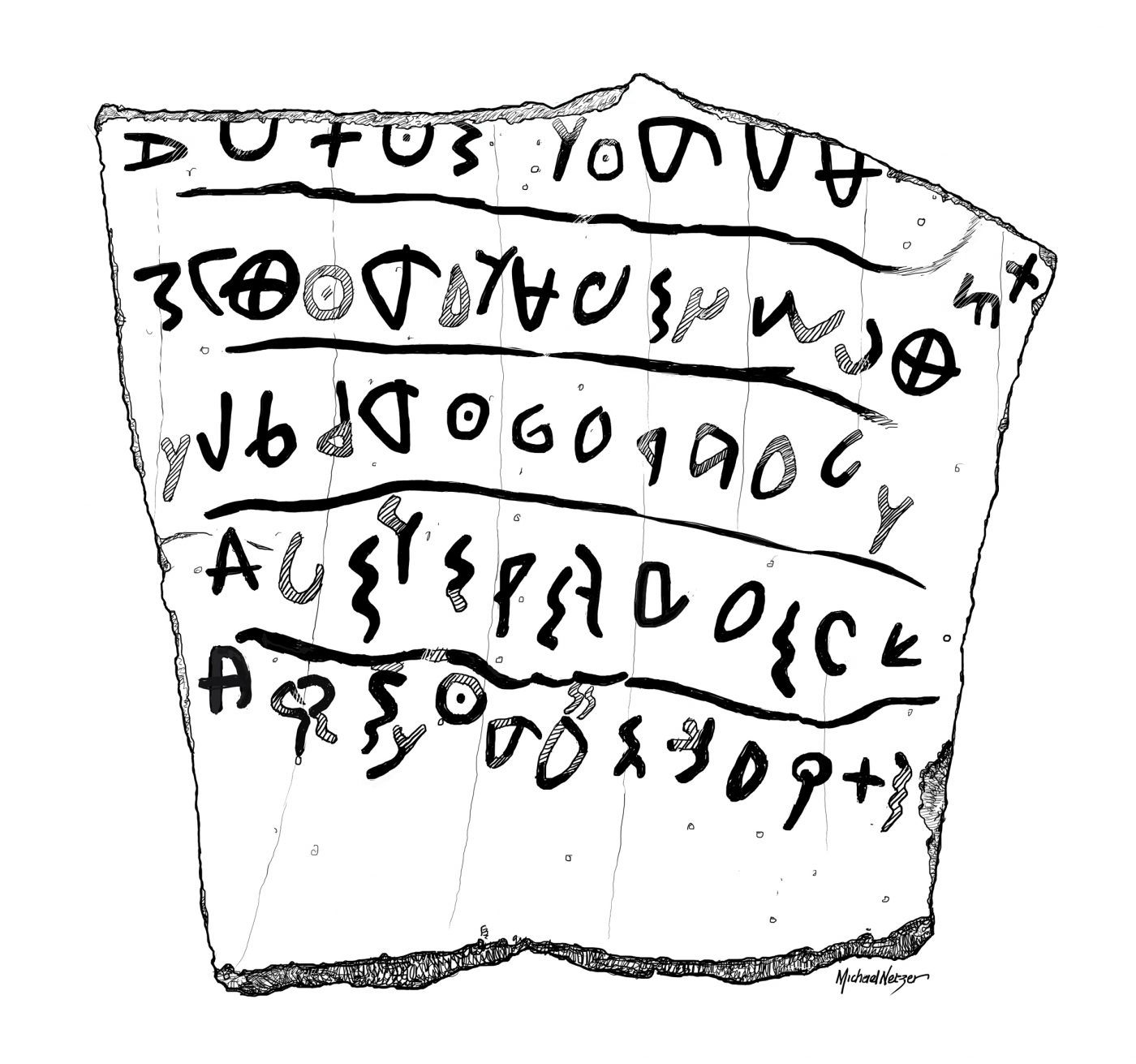 INTRO TO THE COURSE

Alphabetic writing is one of the principal features of Western culture. The adoption of the alphabet by the Greeks and the Romans, successively, contributed to the development of classical civilization; it should be remembered, however, that the origins of the Greek script go back to the alphabetic writing used by the Canaanites since about 1700 BCE. The respective cultures of the West and of the Near East were thus interwoven from early on.

Our knowledge of the early history, development, and spread of the alphabet is constantly changing. Collating the new data that keeps coming to light is like working on a puzzle with an irregular supply of pieces. These have to be fitted together carefully and a constant re-examination of the data must be accompanied by the re-evaluation of accepted views. This introduction to West Semitic epigraphy and paleography is intended as an introduction to this field of study on the basis of the evidence available to date.

This course is intended for students with no previous knowledge of Semitic epigraphy and paleography. This does not mean that scientific problems have been avoided, however, nor that the discussion is not on a scholarly level. On the contrary, in addition to describing the story of the alphabet in antiquity, this course deals with a series of questions that are the subject of scholarly controversy.

Writing, that is, the use of graphic signs for the systematic description of spoken language is a major achievement in the history of humankind. The earliest inscribed objects have been found at various archaeological sites in Mesopotamia and Egypt dated to the end of the fourth millennium BCE. Early scripts consisted of a large number of pictographs, representing words or syllables. The reduction of the number of symbols to a minimum– that is, the invention of the alphabet– took place about one and a half millennia after the invention of writing and marked a further step in its development.

The development of each script is deeply rooted in the characteristics of its users. The historical and geopolitical factors and the cultural features of different peoples come into play in their respective scripts. Language and writing, the prime means of cultural expression, reflect individual and collective cultures. Ancient inscriptions and manuscripts are historical documents, and both epigraphy and paleography are auxiliaries to history. Historians look to epigraphers and palaeographers not only for a rendition of these texts, but also, for the dating of written historical records. Epigraphy and paleography could contribute to history more extensively than they do at present, and the close scrutiny of documents and their scripts could yield additional data on the cultural backgrounds of peoples that used and developed individual scripts.

This course attempts to trace the evolution of alphabetic writing from its inception around 1700 BCE up to the crystallization of modem scripts. Since the alphabet was used primarily by West Semites, we will deal mainly with the history of West Semitic writing, but also with its adoption by other peoples (Greeks and Persians), and we will trace the first phase in the evolution of the alphabet among these peoples. The East Semites (Akkadians, Eblaites, Babylonians, and Assyrians) used the cuneiform script which was a Sumerian system, and as such does not come within the scope of this course.

This course is designed to increase effective observation and critical thinking skills and to encourage learner interaction. Interaction and intellectual exchanges involving all students and the instructor enrich learning for all. Studying history involves an accumulation of knowledge about the past. But it also requires that we communicate that knowledge to others. You must be ready to share your views in class. A worthwhile course depends upon active participation by all students in class discussions.