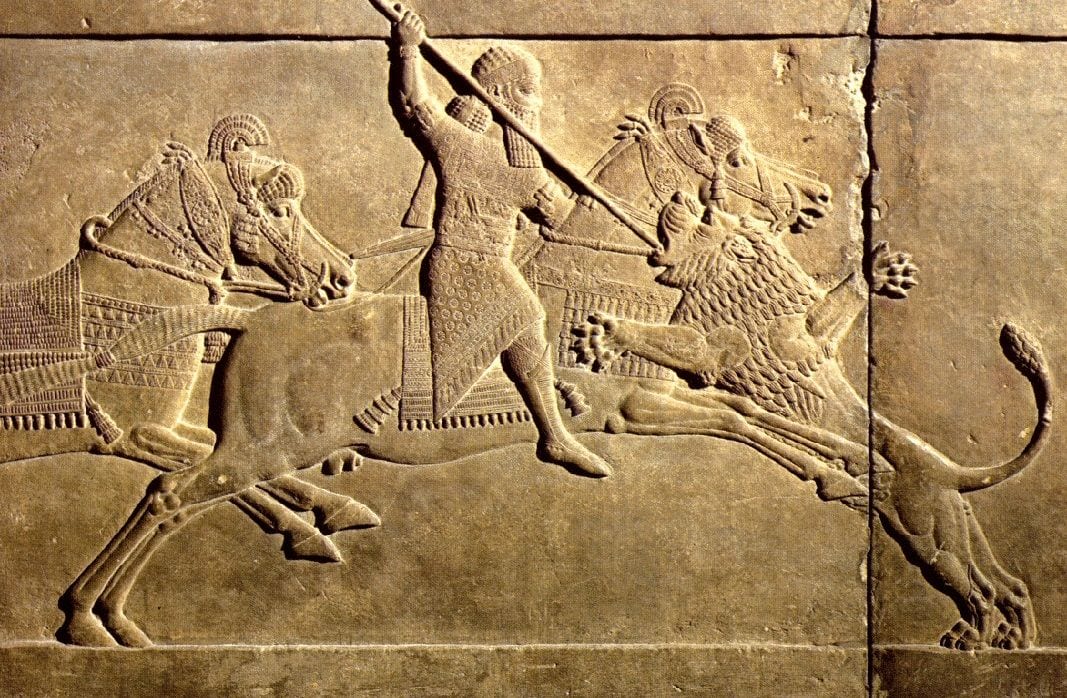 CLASS DESCRIPTION
Among the major events that took place in the ancient Near East, none were more earth-shattering than the fall of the ancient Assyrian city of Nineveh. The demise of Nineveh marked the end of the Assyrian Empire, which at its height stretched from Egypt in the west to Persia in the east and included parts of Anatolia, the Levant, and the Arabian Peninsula. The Assyrians ruled their empire with an iron fist and in doing so were able to fleece their subject peoples of their precious minerals and resources, which they then used to build Nineveh and other cities in the Assyrian heartland. Eventually, the enemies of the Assyrians grew tired of the malevolent regime and so came together temporarily to cast off the Assyrian yoke. The great city of Nineveh was destroyed in the process.

The destruction of Nineveh left such a strong impression on the psyche of ancient peoples that it was written about for several subsequent centuries in the Babylonian cuneiform annals, the writings of Greek and Roman historians, and even in the Old Testament of the Bible. The fall of Nineveh is maybe the greatest historical moment that almost no one knows about.

As great as Nineveh once was, it fell victim to a combination of internal problems within the Assyrian royal house and the ever-present and large number of enemies the Assyrians managed to create during their brutal reign of terror over the Near East. In the end, the Assyrians’ enemies saw Nineveh as a symbol of their overlords so they wiped it from the face of the earth.

This class will be followed by an 8-week class: Persian Kings of Kings: Cambyses II & Darius the Great.

ENROLLMENT REQUIREMENTS
-Students’ cameras and microphones must be in working order and turned on during the class.

Our Oriental Heritage (Story of Civilization)

The Origins Of War: From The Stone Age To Alexander The Great, Revised Edition (History & Warfare)

Shadows in the Desert: Ancient Persia at War (General Military)